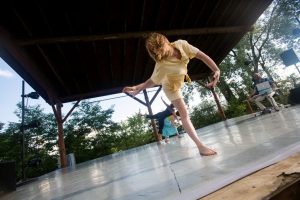 ESSENTIALLY, NATURE, LIFE AND CREATIVE PROCESS ARE ALL EMERGENT AND IMPROVISATIONAL.

Experience your self-organizing instincts and tap into the natural intelligence of the ensemble. Emergent Improvisation, developed by Susan Sgorbati, offers an embodied practice in which you explore what it means to be human in relationship to nature and society, self and collective.

“The Emergent form frequently results in some of the most compelling and impactful improvisational presentations I’ve ever seen or participated in!”
~ previous workshop participant CJ O’Reilly

In Emergent Improvisation sessions guided by Carson Efird and Joe Westerlund, we practice composing in the moment through solo, duet, trio and group scores inspired by structures found in nature. Open to dancers and musicians desiring to hone their improvisation skills, we begin each class with solo warm ups and progress into larger group scores. While each individual artist refines their improvisational impulses we simultaneously form a collective consciousness that invites us to compose spontaneously as an ensemble.

The practice and performance of Emergent Improvisation relates the act of structuring to natural, complex systems and time-based artistic practice and addresses the nature of improvisation in dance and music. In this context, improvisation is understood to mean the spontaneous creation of integrated sound and movement by performers who are adapting to internal and external stimuli, impulses, and interactions. Ordinarily, we think of order and form as externally imposed, composed, or directed. In this case, however, new kinds of order emerge, not because they are preconceived or designed, but because they are the products of dynamic, self-organizing systems operating in open-ended environments. Learn more at emergentimprovisation.org.

The workshop is an all day Saturday session with two shorter session and Friday and Sunday, including a showing Sunday afternoon

Carson Efird, MFA, E-RYT 500, is a dancing yogini living in Durham, North Carolina. An enthusiastic student and teacher of Prana Vinyasa® Flow yoga, the GYROTONIC EXPANSION SYSTEM® Method and Emergent Improvisation, Carson is inspired by nature, evolutionary Vinyasa, circular pathways, modern dance, somatics, Tantra, Ayurveda, Bhakti, her teachers, Shiva Rea, Juliu Horvath and Susan Sgorbati, and the Sahaja Spirit – the spontaneous flow of consciousness.
In 2013, Carson earned her MFA in Dance from UCLAʼs Department of World Arts and Cultures/Dance researching points of intersection between dance and theater. As a collaborative choreographer, Carson’s interdisciplinary inquiry cultivates impulse driven interactive movement that integrates the holistic practice of yoga as a rehearsal ritual for performers. Carson received her BA in dance and theater in 2005 from Bennington College, Bennington, VT, where she served as Recent Graduate Trustee on the Board of Trustees from 2005-07. It was at Bennington where Carson met and studied Emergent Improvisation with Susan Sgorbati and toured nationally with the Emergent Improvisation Project post-graduation. It was also at Bennington where Carson met Joe Westerlund, her collaborator in life, and movement and sound. Learn more at CarsonEfird.com. 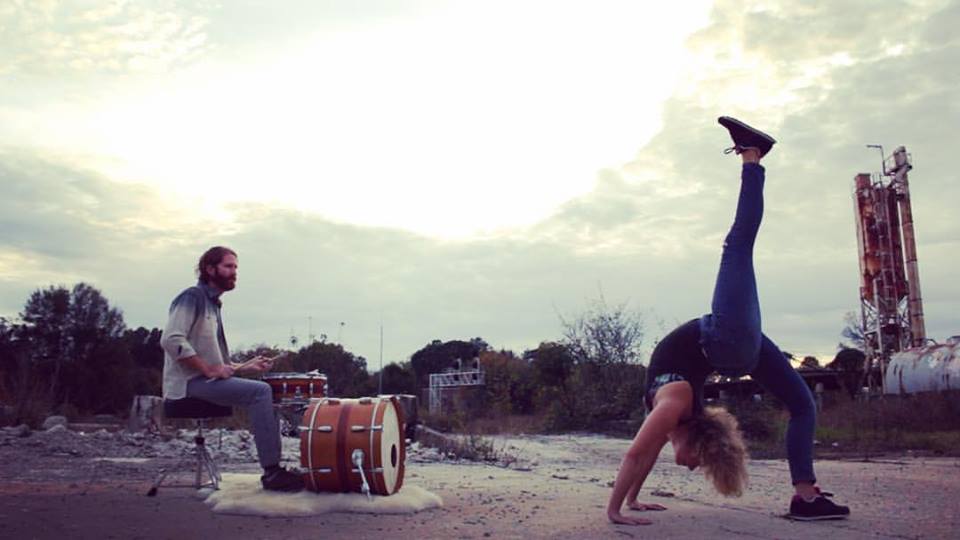 Joe Westerlund is a percussionist, composer and improviser who has most notably worked with Megafaun, Califone, William Tyler, Arnold Dreyblatt and Justin Vernon, among a diverse list of creators of sound and song.
While studying with avant-garde jazz luminary Milford Graves, Joe began collaborating with choreographers, and has since composed music for modern dance and film. He has worked closely with dance faculty at Bennington College, UCLA, NCSU and Meredith College; and, regularly accompanies Prana Vinyasa Flow yoga classes with his wife, Carson Efird. For movement-based collaborations, Joe employs a minimal improvisatory approach and a solo vocabulary that draws from characteristics of non-western indigenous musics, as well as western art music and popular forms. Learn more at JoeWesterlund.com.

We remember, honor & thank Nancy Stark Smith for her contributions to this form.

A Wordpress site hosted, designed and managed by Riz-Om Network, LLC
Based on a theme by Anders Noren — Up ↑